Is Hollywood ready for Dark-Skinned Superstars? 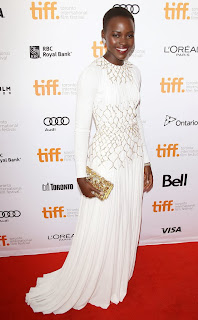 Born in Mexico and raised in Kenya (and now a resident of Brooklyn), Nyong'o studied at the Yale School of Drama before scoring what has become her breakout role. She stars as Patsey in McQueen's searing drama, a slave who endures unspeakable acts of physical and emotional abuse at the hands of her psychotic owner, played by fellow Oscar hopeful Michael Fassbender. (Chiwetel Ejiofor, Paul Giamatti, Benedict Cumberbatch and Brad Pitt are among the film's other co-stars.) "This is Lupita's first movie. Think about where she goes from here," Sarah Paulson, who co-stars with Nyong'o in "12 Years A Slave," told HuffPost Entertainment in a recent interview. "It's like, 'Come on, lady. You've got 10 movies in your future that are not going to be as good as this, no matter how good they are. Just so you know. Then you'll have another great one.'"


Come Oscar season, Lupita Nyong’o will be a household name, but who is the 30-year-old actress New York Magazine‘s predicting will be 2013′s biggest emerging face? The 30-year-old Kenyan is already generating Oscar buzz for her emotional performance in the Steve McQueen directed, “12 Years A Slave” which, it should be noted, is her first-ever American film role. 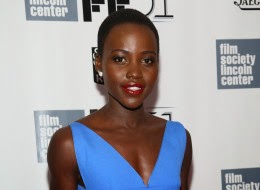 Nyong’o didn’t believe acting could be a viable career because there wasn’t much of an entertainment industry when she was growing up in Kenya, nor did she see many African women in movies. Her perspective changed after noticing actors who resembled her in “The Color Purple.” Though she acted in plays while attending Hampshire College in the U.S., she was still ambivalent about studying acting until a career crisis made her realize she needed to be a professional actor, and to apply to the best schools, including Yale. The rest, as they say, is history.
In an interview with Vulture, Nyong’o said one of the first things she did was visit the Blacks in Wax Museum in Baltimore, where her friend had told her you could get a three-dimensional experience of slavery. There she saw a bale of 500 pounds of cotton, which is what her character was tasked with picking every day, and she was in shock after seeing it was taller, thicker and wider than her petite frame. Pretty insane, huh? 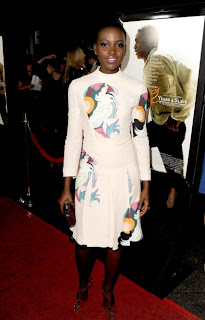 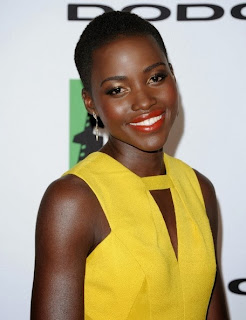 Nyong’o describes the complexity of her character as something “that really sat with me and resonated because she was this zealous woman, genial, pleasant tempered. But really she wanted her death.”

“I knew I had to do her justice and to play her with dignity and integrity,” she said.The film shines a light on this often ignored perspective in the history of slavery.“I  ’t seen slavery in this way, where’s it’s really about an exploration of the institution of slavery,” Nyong’o explained, calling the film “something that was going to be history in the making.” 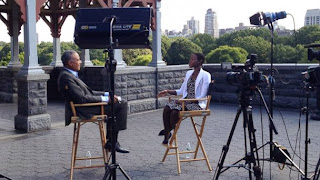 She went on to explain that “12 Years a Slave” is not only about adding to the history books, but about reopening dialogue around slavery.